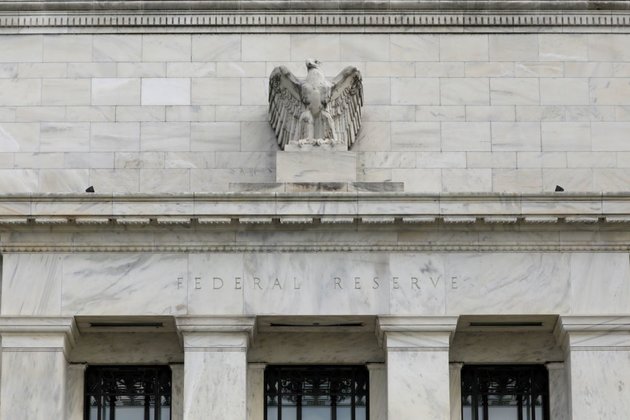 In a Twitter message, Trump said, 'It is incredible that with a very strong dollar and virtually no inflation, the outside world blowing up around us, Paris is burning and China way down, the Fed is even considering yet another interest rate hike. Take the Victory!'

Central bank policy makers, who operate independently of White House oversight, are meeting Tuesday and Wednesday in Washington and have hinted they could again boost the key rate by another quarter percentage point, with even higher rates a possibility but not a certainty in 2019.

Trump has basked in a robust U.S. economy, the world's biggest, even as numerous investigations engulf him and his 2016 presidential campaign and key advisers have quit his administration or been forced out.

U.S. trade disputes are ongoing with China and world stock market volatility has cut investor gains in recent weeks. But the 3.7 percent jobless rate is the lowest in the United States in 49 years, worker wages are increasing and consumers, the backbone of the U.S. economy, are spending.

But Jerome Powell, the Fed board member Trump named a year ago as chairman, has drawn the president's ire by overseeing three interest rate hikes this year, pushing the country's key lending rate to a range of 2 to 2.25 percent, a benchmark that helps determine other lending rates on loans for U.S. businesses and consumers and often serves as a guidepost for central banks around the world.

Trump last month said he is 'not even a little bit happy' with his appointment of Powell.

Trump has said he thinks the Fed is 'way off base' by raising rates, but has been powerless to stop it from boosting them. Central bank policy makers have raised interest rates to keep the inflation rate in check and keep the economy from expanding too rapidly.

'I'm doing deals and I'm not being accommodated by the Fed,' Trump told The Washington Post last month. 'They're making a mistake because I have a gut and my gut tells me more sometimes than anybody else's brain can ever tell me.'

Some economists are predicting, however, that the decade-long improving U.S. economy could stall in the next year or so and perhaps even fall into a recession, which, if it occurs, would in most circumstances call for cutting interest rates to boost economic activity.