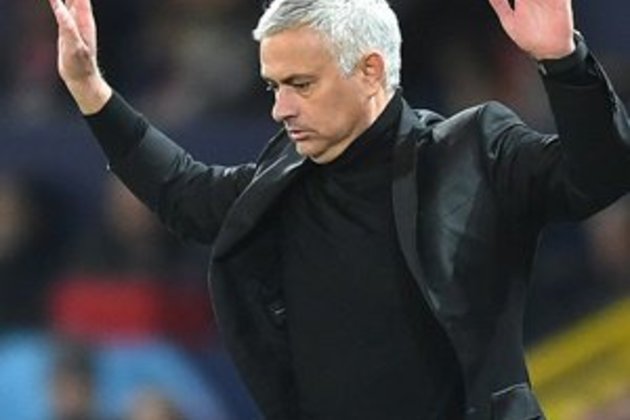 Manchester - Manchester United have sacked manager Jose Mourinho after their worst start to a season in almost 30 years, the club announced on Tuesday.

The 55-year-old Portuguese's last match in charge was the 3-1 defeat by Premier League leaders Liverpool on Sunday which left them 19 points behind their opponents.

Mourinho's sacking comes just two-and-a-half years into his tenure and three years and a day since Chelsea sacked him just months after he had guided them to the title.

Former player Michael Carrick, now a member of the coaching staff, is expected to take charge in an interim role but United said a caretaker manager will be appointed until the end of the season.

The club's worst start in the league since 1990 means even Mourinho's ambition of reaching the top four and a Champions League qualification spot is in danger.

Despite United reaching the Champions League knockout stages - they face an intimidating last-16 tie with Paris Saint-Germain - a mix of the results, dressing-room discord and criticism of the board's transfer policy proved potent factors in the decision to dismiss him.

A United source told AFP that Mourinho had been supported in his efforts to sign players and described reports of player power at the club as being key to the sacking as wide of the mark.

According to British media reports, United will have to pay Mourinho Pound 22.5 million - as the club are still in the Champions League - to sever the ties.

"The club would like to thank Jose for his work during his time at Manchester United and to wish him success in the future.

"A new caretaker manager will be appointed until the end of the current season, while the club conducts a thorough recruitment process for a new, full-time manager."

Carrick is favoured for the caretaker role having become part of the coaching staff this season.

In the longer term former Real Madrid coach Zinedine Zidane has been linked to the club and Tottenham Hotspur manager Mauricio Pochettino could also be a name in the frame.

"They need someone who meets the three key principles of that football club: the promotion of youth, entertaining football and to win football matches," Neville told Sky Sports News.

"People suggest he (Pochettino) hasn't won a trophy yet at Tottenham but with a net spend of minus Pound 29 million or something over the last four years, I'm not sure he could have done more.

"I do think he is the person who is the outstanding candidate."

Mourinho's reign had started well enough with the League Cup and the Europa League trophies but for a club that has been champions of England 20 times, neighbours Manchester City's dominance over them in the league has hurt.

The wound went even deeper for Mourinho as City are managed by Pep Guardiola, who got the better of him when he was in charge at Barcelona and Mourinho was at Real Madrid.

However, despite his protestations to the contrary the United board gave Mourinho plenty of money to compete.

Top-quality players such as Belgian striker Romelu Lukaku - who he persuaded to come to United and not Chelsea for Pound 75 million in 2017 - and Paul Pogba for a then world record fee of Pound 89 million in 2016 have floundered under his authoritarian stewardship.

Indeed it was his deteriorating relationship with World Cup-winning midfielder Pogba - one of many to feel the lash of his tongue in public - that symbolised the decline at the club under him.

Mourinho questioned his attitude while the player hit back with open criticism of the tactics, culminating in him kicking his heels on the bench during the Liverpool debacle on Sunday.

The manager's overall EPL points haul of 176 since his appointment by United lagged behind City, Liverpool, Tottenham and Chelsea during the same period.

Andy Mitten, editor of fanzine United We Stand, told BBC Radio that neither the players nor the fans would miss Mourinho.

"We've been doing polls where 80 percent of fans wanted him to leave," said Mitten.

"He had a very good first season, an acceptable second season, but this season has been a disaster."