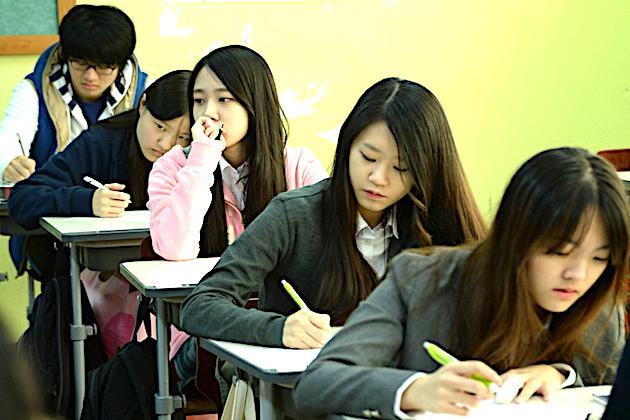 SEOUL, South Korea: Just as half a million students are taking South Korea's highly competitive college entrance examinations, South Korea is reporting its biggest daily jump in Covid infections since the start of the pandemic.

Some 509,000 students came together to sit for the one-day exam at 1,395 testing sites across the nation.

Health officials required students to have their temperatures taken before entering classrooms. The Education Ministry later reported that 68 infected students and 105 others took the hours-long test in isolation.

Thursday's 3,292 new Covid cases reported by the Korea Disease Control and Prevention Agency was the second day with over 3,000 cases beng detected. Also, 29 patients died in the past 24 hours, bringing South Korea's death toll to 3,187, and 506 others were listed in serious or critical condition.

As a measure of the intensity of test taking day, airport officials were planning to temporarily stop landings and departures of planes at airports during the English-listening part of the test.

Also, to keep the roads clear for those students traveling to testing centers, government offices and private companies had their employees come in late, and the stock market delayed its opening by an hour to ensure the roads were clear for test-takers.