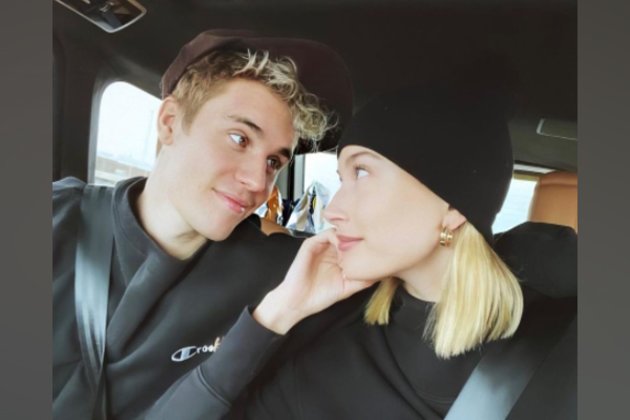 Washington [US], November 23 (ANI): As model Hailey Bieber turned a year older on Monday, her husband and singer Justin Bieber wrote a love-filled post to mark her special day.

Bieber took to his Instagram handle and posted a series of snapshots of the couple, including pictures of them relaxing on vacation, walking in the chilly air and sharing a kiss in a photo booth from what appeared to be a birthday celebration.

"To my beloved birthday squish. My heart belongs to you. My eyes belong to you, my lips belong to you. I am yours. I am so blessed to be yours," he began.

Justin, who tied the knot with Hailey in a New York courthouse ceremony in 2018 and then again in a star-studded South Carolina wedding the following year, then called her his "forever.""Life has never made more sense until you became my wife. I will never stop loving you, I will never stop holding you, and I will never stop protecting you. You my queen are more than enough for me and I will spend every day making you feel like the queen that you are," he added.

Concluding his post, the Grammy winner wrote, "As your grandma would say in her Portuguese accent 'happy bursday baby' love you until the end of time and then after that. :)."Justin Bieber fans are well aware of the fact about how the pop star decided to overcome his addiction to drugs when his ladylove Hailey Bieber entered his life. She was there to support him, but the journey wasn't easy.

E! News quoted a recent interview of Hailey, where she shared her 'extremely difficult' journey of navigating Justin's sobriety after having witnessed her dad's drug addiction. The Victoria's Secret model is the daughter of actor Stephen Baldwin, who once struggled with cocaine addiction.

In a recent podcast interview, the 24-year-old supermodel confirmed that growing up around people in recovery gave her insight into supporting her husband on his journey to sobriety.

"I think even just the open dialogue of, 'Hey, where are you at with this?' Being able to be honest, I've had times where I would get nervous, like, [asking Justin], 'Are you OK to do this? Because you did have a time in your life where it was not OK for you and it was like, a dark time for you. But he has very, very good self-awareness when it comes to that and is very open about it and I think that is all I can really ask for," she said.

This past year has certainly been a big one for Hailey. From launching her new YouTube series and posing for magazine covers to attending major events like the Met Gala and just spending time with family and friends, she's had several unforgettable moments. (ANI)