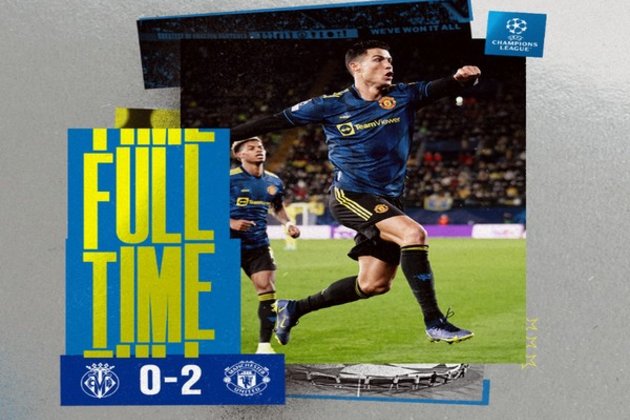 Interim manager Michael Carrick's side defeated Villarreal 2-0 on Wednesday and now the club has qualified for the last 16 stage, as group winners for the knockout phases.

Carrick made four changes from Saturday's 4-1 defeat at Watford, leaving Bruno Fernandes on the bench but his side still struggled to find a goal in the first half.

However, the Portuguese captain Ronaldo came with a breakthrough and scored his sixth Champions League goal this season and his 10th overall. Later on, Sancho put the final nail in the coffin after hitting the back of the nets in the 90th minute of the match.

With this loss, Villarreal will have to fight it out with Atalanta to secure a position in the last 16 of the Champions League.

Manchester United will now be facing Chelsea for their next encounter on Sunday at the Stamford Bridge stadium in London. (ANI)